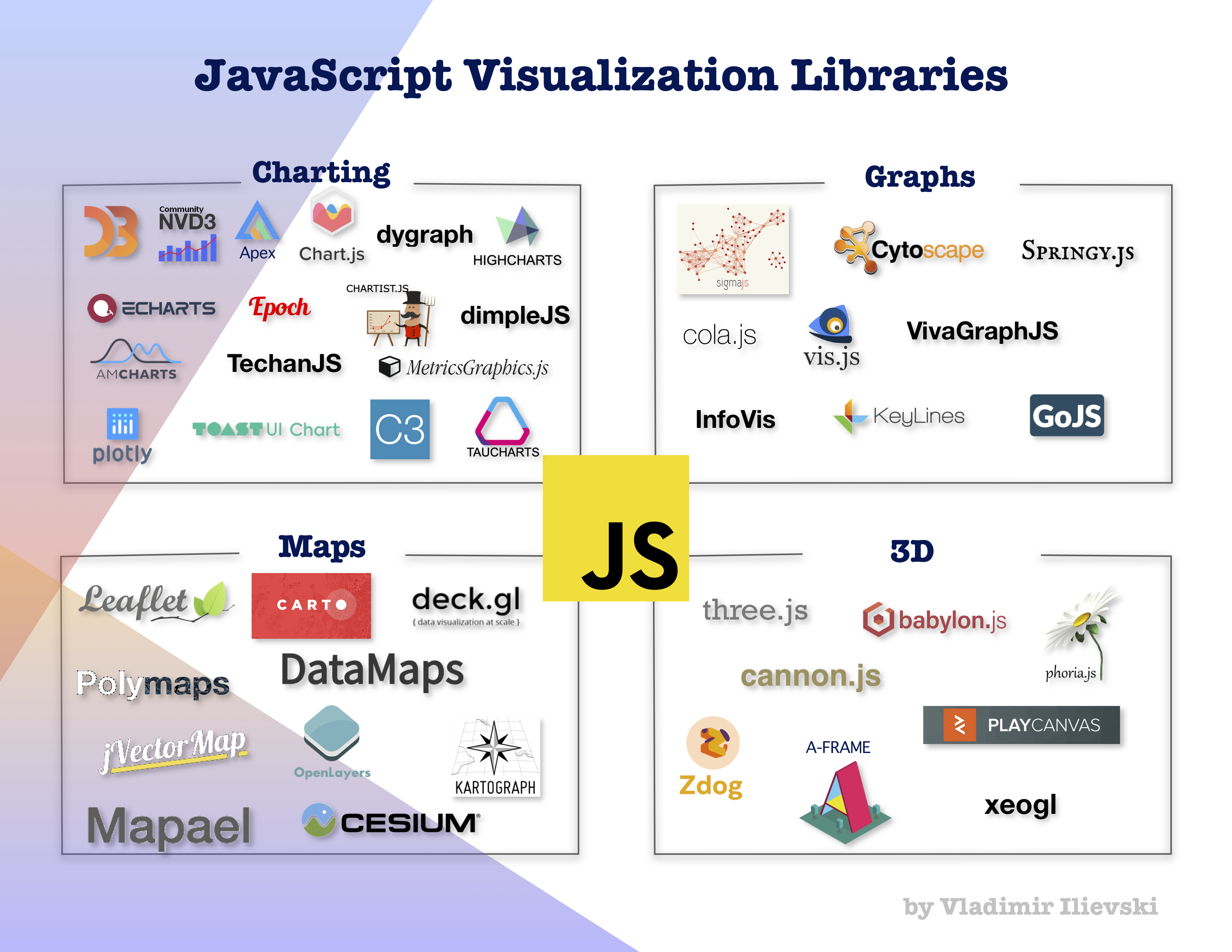 In the last blog post, we dived in the Graph-Visualization ecosystem. We elaborated more on the common data formats, the existing and popular data repositories, the JavaScript libraries as well as some GUI-based tools.

Visualization gives you answers to questions you didn’t know you had.

In a similar way, we show how the interactive graph visualization can be beneficial in discovering data patterns. Stay tuned!

To demonstrate the capabilities of the Graph Visualization Libraries we use the Cytoscape JS library. As a starting point, we use the code provided in the following GitHub repo, which is a common playground to start with Cytoscape.

The dataset we use is the class dependency network of the JDK 1.6.0.7 framework downloaded from the KOBLENZ data repository. Each node represents one class and an edge between them means there is a dependency between the classes. The data set is stored in a CSV file format and it contains 6,434 nodes and 150,985 edges, which is an immense number to load and render in the browser. For this reason, just for demonstration purposes, we select a subset of 50 nodes and all the edges between them.

The Cytoscape JS library expects the data to be stored in a JSON file with a predefined structure. Thus, we transform the original data set by using this Python Notebook.

We start by selecting a subset of 50 nodes. For each node, we extract the name of the class it represents and the package where it belongs. Along with this, we include some attributes that define the rendering of the node:


Once we know the nodes, we select the edges between them. For each edge, it is mandatory to specify the source and the target node. We also include additional rendering options. Additionally, for each node, we calculate the in-degree number which is the number of incoming edges. We use the normalized in-degree number as a score to help us better visualize the nodes:

There are three basic operations to execute in order to visualize the graph: i) load the data, ii) apply a style, and iii) apply a rendering algorithm.

We already transformed and stored the data as described above. We can load the data using the following code snippet:


The style defines the visual appearance of the graph elements. The style information is usually stored in a JSON file that resembles and follows the CSS conventions. For instance, we can specify the style of the nodes in the following manner:


For full details regarding the style please refer to the following page. After defining the style we can simply load it:

In the animated image below we illustrate the final visualization of the graph. If you want to try it on your own, you can do it by opening the following web page.

The full code and data can be found in the following GitHub repo. For more information, follow me on Twitter.

In this blog post, we showed a real coding example on how to create an interactive visualization using the Cytoscape JS library. It is a powerful library with many options given to the developer. First of all, we can design the appearance of the graph by using custom stylesheets. The graph aesthetical appearance is furthermore reinforced with dozens of layouts like the one we used in our demo, the CoLa layout. Last but not least this JavaScript library offers plenty of graph-analysis algorithms.