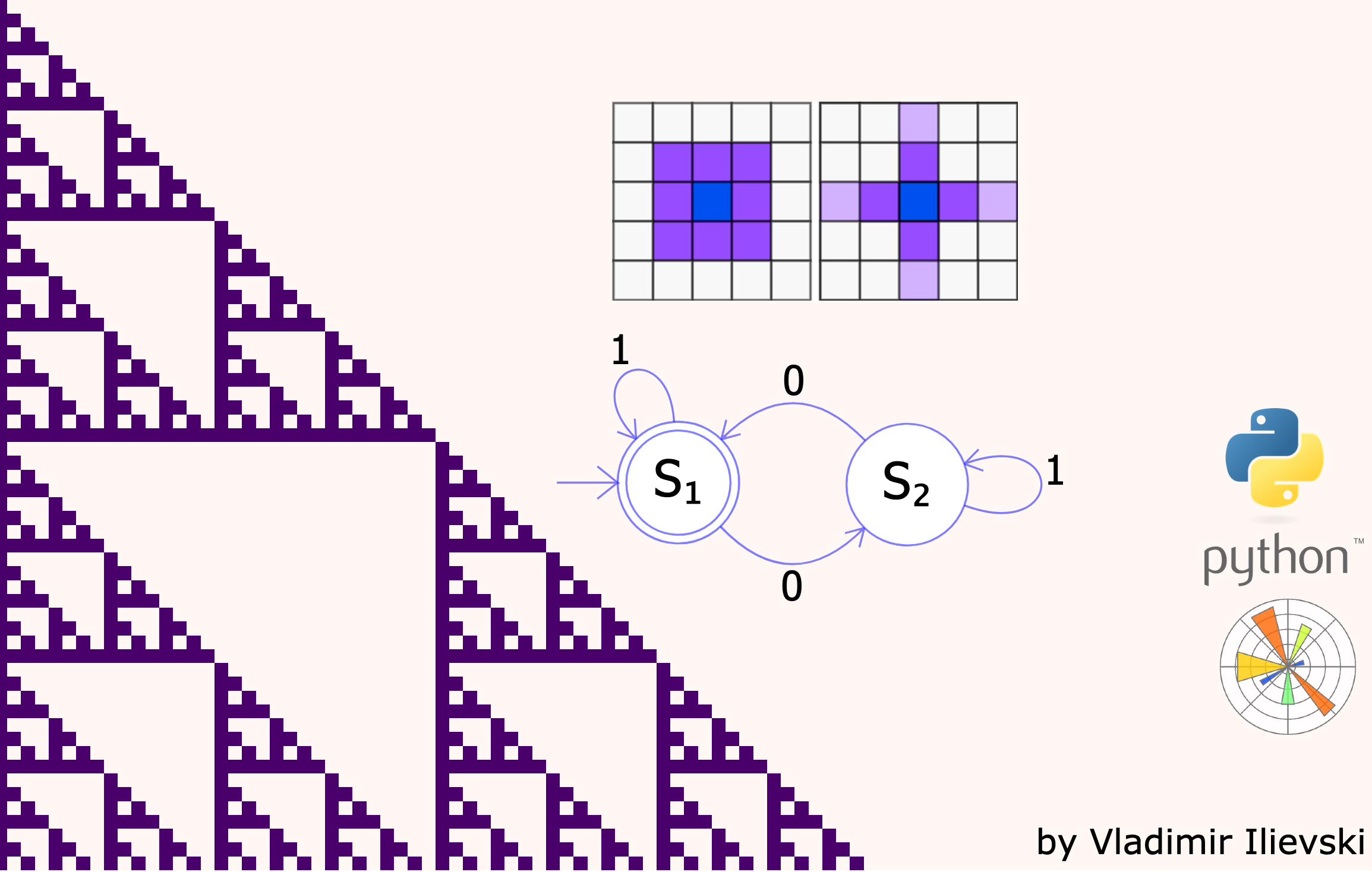 The automation epitomizes the last few decades of rapid technological development where many processes take place without human intervention. But what exactly does it mean?

In the very same sense, as you might already know, one automaton is always in some precise and unequivocal state. It transitions to another precisely defined state given some instruction. We can visually represent any automata using a directed graph, where states are represented with nodes, while the transitions with edges. One very simple automaton is shown in the figure below: 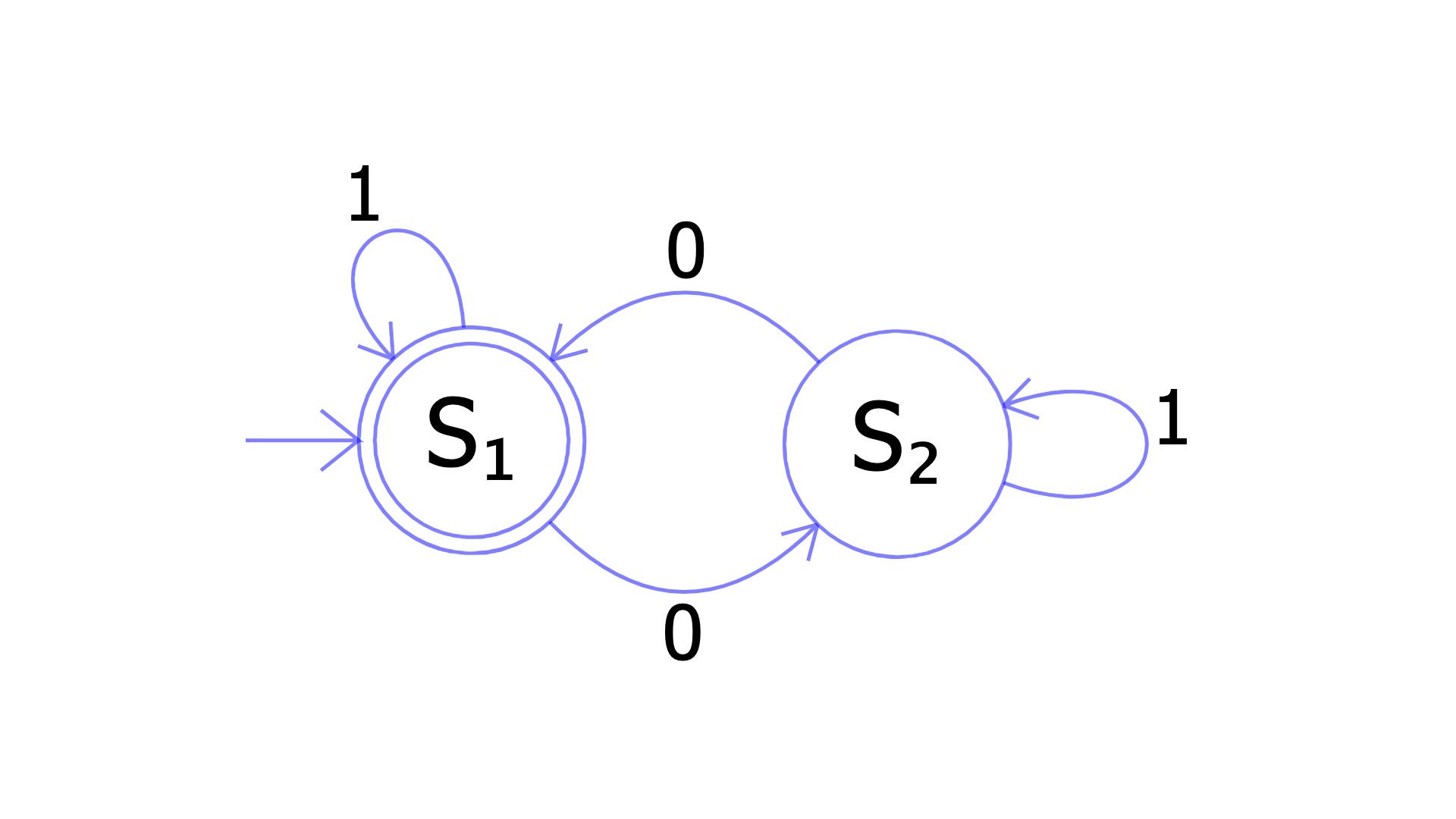 This is the fundamental principle of the entire computing machinery we use today. Starting from the very simple coffee machine at your home up to the very complex device on which you read this story. All these machines follow a set of instructions and transition from one state to another.

Contrary to this deterministic definition of automata, what happens if we have some arbitrary program? What if we have a program that does not rely on receiving some precise set of instructions, but rather arbitrary ones depending on its current state. Something more closely related to the evolution of the living organisms in nature.

I am not intending to reinvent the wheel here, many scientists had the same questions a long time ago. It is only to give the intuition and motivation behind the conception and definition of the cellular automata.

The cellular automaton relies on and is motivated by the principles of the living organisms in nature. It consists of a grid of cells each having some state. Every cell advances in time according to some mathematical function of the neighboring cells. Thus, the entire automata behave like a living organism.

By the end of this blog post, you will be able to understand and see the potential of cellular automata. First, we'll delve into the formal definition and elaborate more on some particular cases. Then to complete the puzzle, we will see how to implement some interesting cellular automata in Python complemented with interesting animated visualizations using Matplotlib. Stay tuned!

A cellular automaton is fully defined by three key elements:

For instance, we can take the most simple case when the state of the cell is either on or off, or in other words either 1 or 0.

Knowing all of this, we can define what cells are considered neighbors of a given cell. For a squared grid, the two most common neighborhoods are: 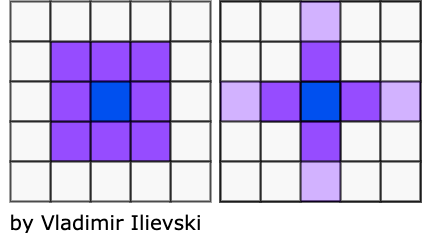 Now, the update rule is simply a function of the current cell state and the states of the cells in its pre-defined neighborhood. The only missing piece of the puzzle is the initial state of the automaton, which might be deterministic or random.

The initial condition, the 2-dimensional grid, the type of neighborhood, and the update rule give rise to infinitely many scenarios that are difficult to analyze. For this reason, we’ll focus only on the most simple case of cellular automata, namely the elementary cellular automata.

The elementary cellular automata are the simplest non-trivial automata. They are one-dimensional, meaning there is only one row of cells. Each cell is having two possible states (0 or 1), and its neighbors are the adjacent cells on either side of it as shown in the figure below:

Using these 8 options, we can decide whether the next state of the central cell will take a value of 0 or 1. This is equivalent to asking the question: in how many possible ways one can arrange 8 bits? Same as before, this gives us \( 2^{8} = 256 \) options for an update rule. Following the same analogy, these are the numbers from 0 to 255 in binary format. For this reason, the rules are referred to by their ordering number. 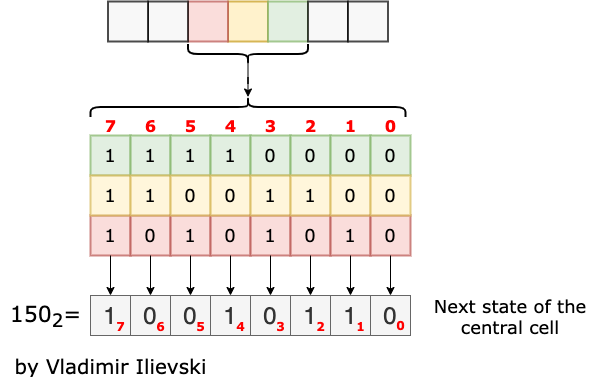 Next, we’ll see how to turn this into a Python implementation and a visualization using Matplotlib.


First, we shift the state of each cell to the right, then to the left in a circular fashion. Next, we stack one upon the other the left shift, the current and the right shift of the cells’ states. This gives us a structure where each column has three elements with a value of either 0 or 1. It means that one column represents one number from 0 to 7 in a binary format. We use this value as an index in the update rule which determines the next state of the central cell. The entire procedure is sketched in the figure below: 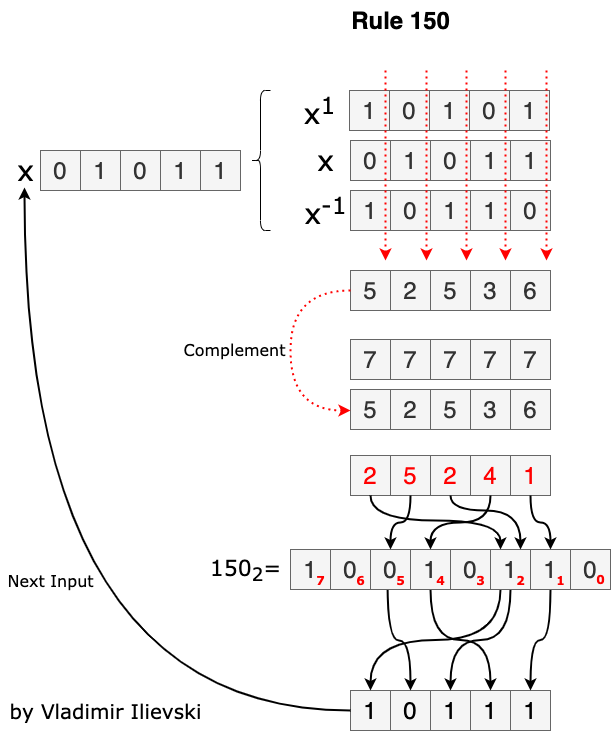 Fig. 5: Explanation of the function step 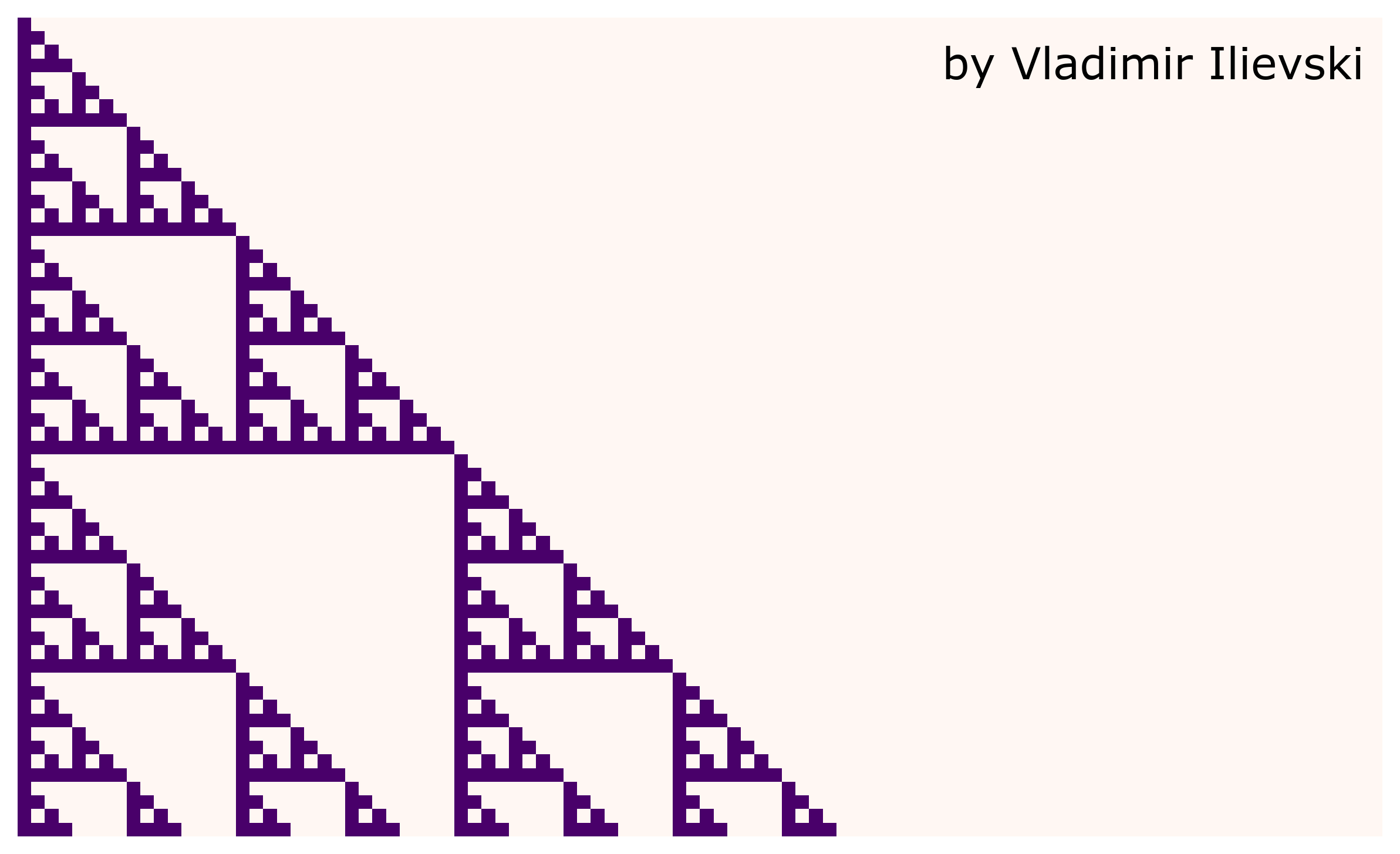 Let’s put one cellular automaton in action and see how it looks like when it evolves in time. In order to do this, we use the Matplotlib Animation API to create an animation of the evolution process. We will use rule number 90 starting with one active cell at the center of the row.

If we set a sliding window over which we will observe the evolution over time of the cellular automaton, we get the following animation:

Fig. 7: Animation of the evolution of an elementary cellular automaton

The entire source code for the implementation of the elementary cellular automata can be found on GitHub.

Summary: Elementary but not simple

It is interesting to see the repeating pattern of triangles over the evolution of the cellular automaton above. However, this is not always the case. For example, it is proven that by using rule number 110 we can get a Turing-complete machine that is capable of universal computing which is pretty stunning for such a simple system.